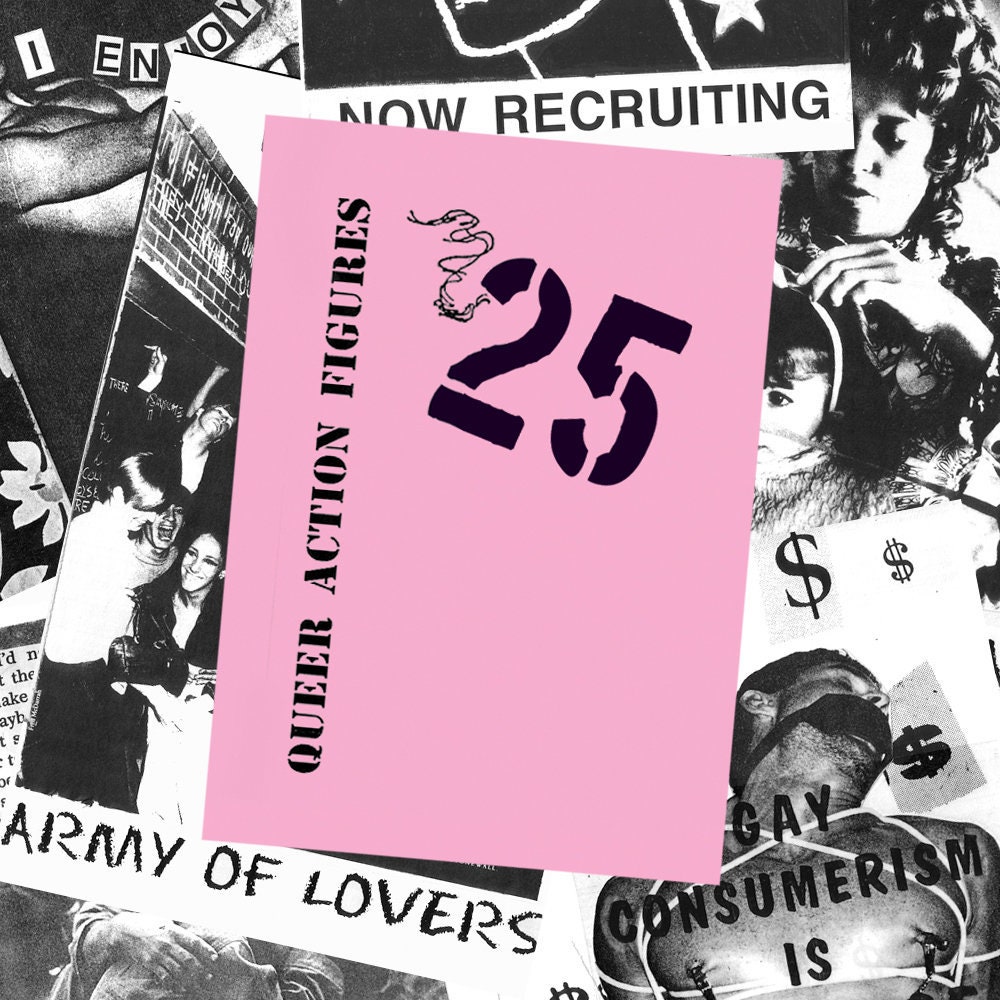 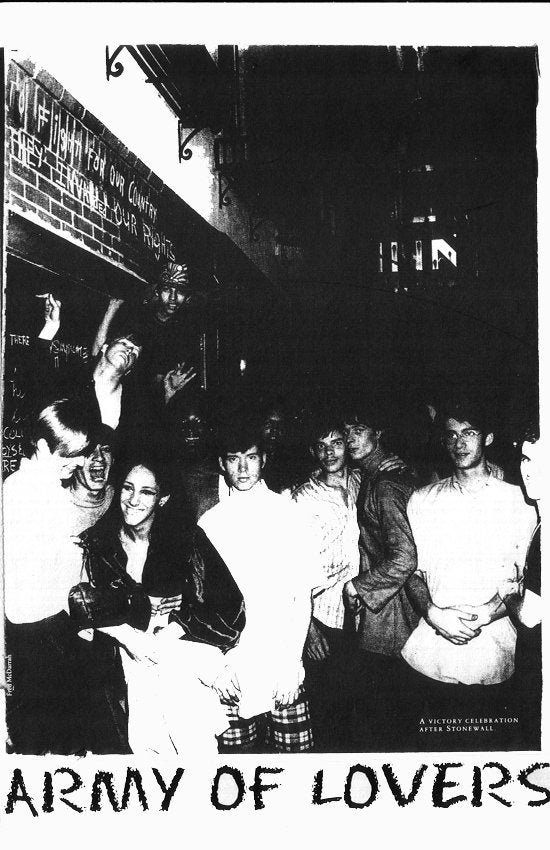 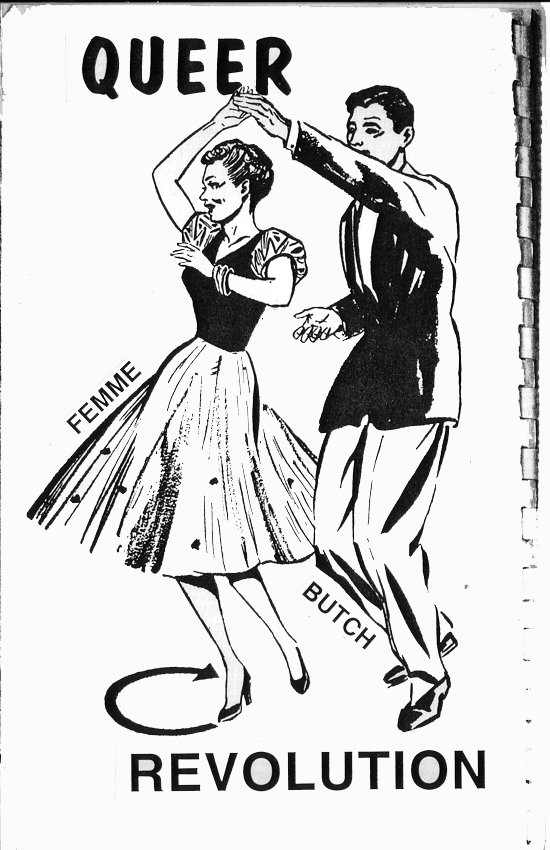 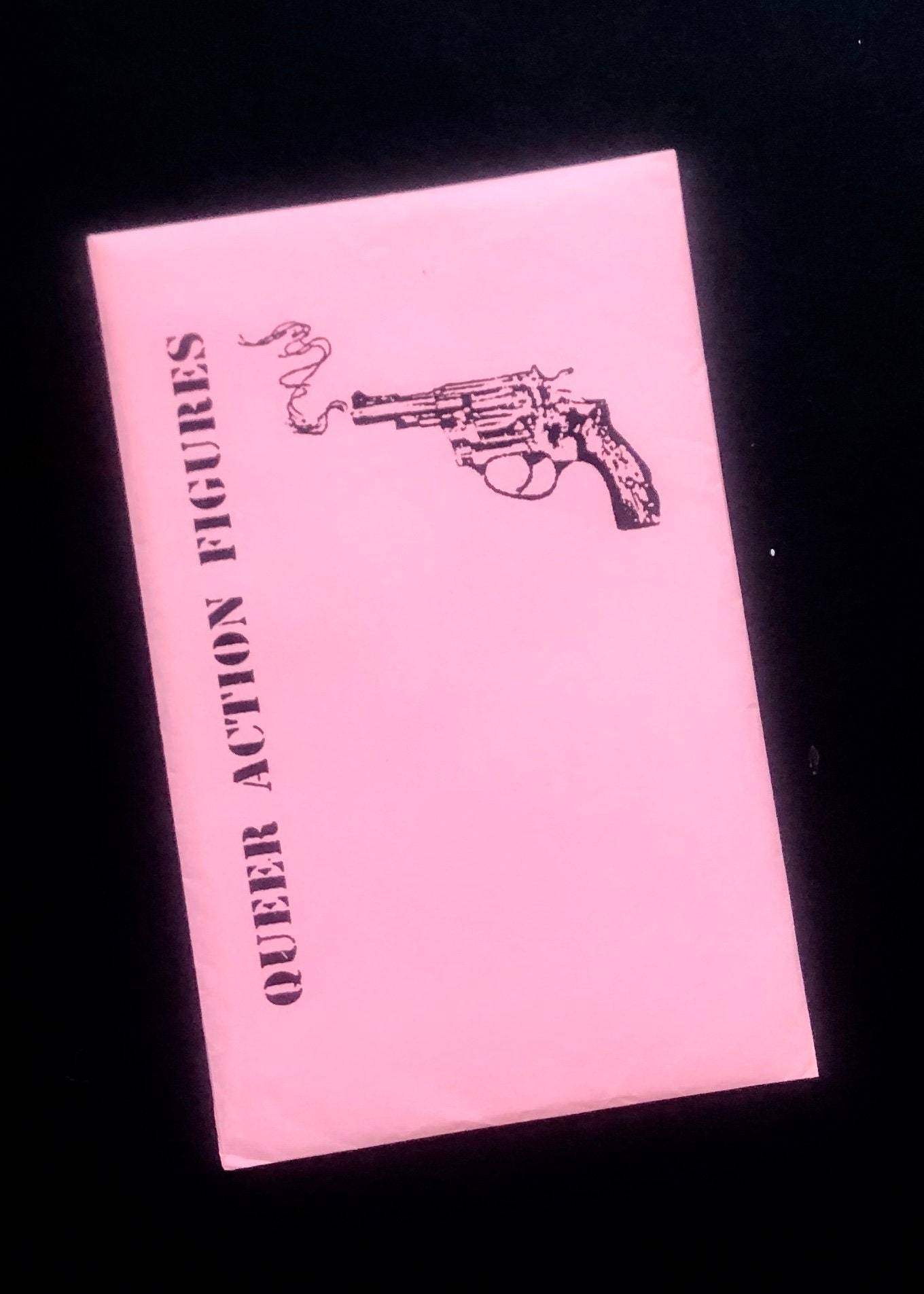 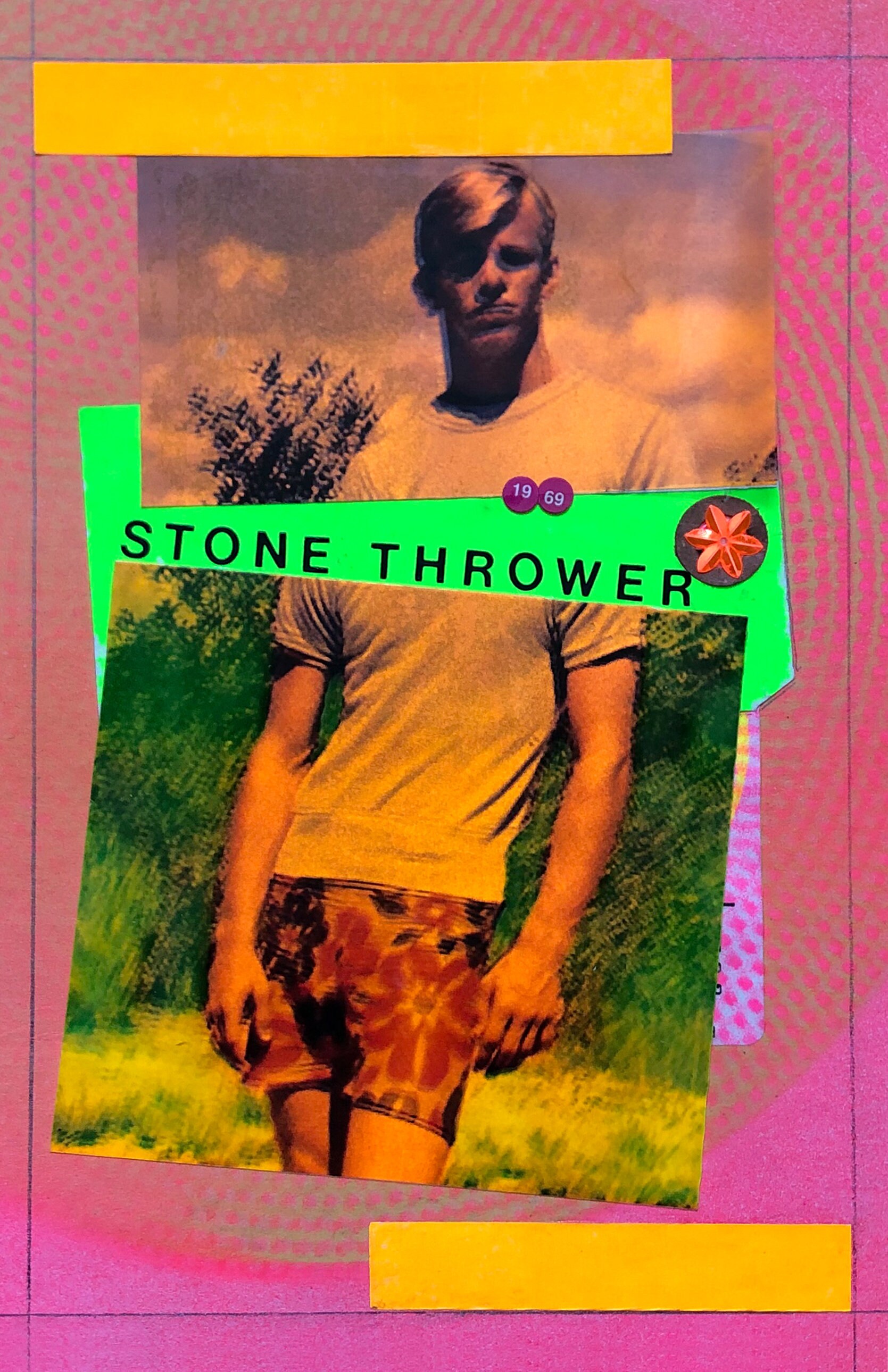 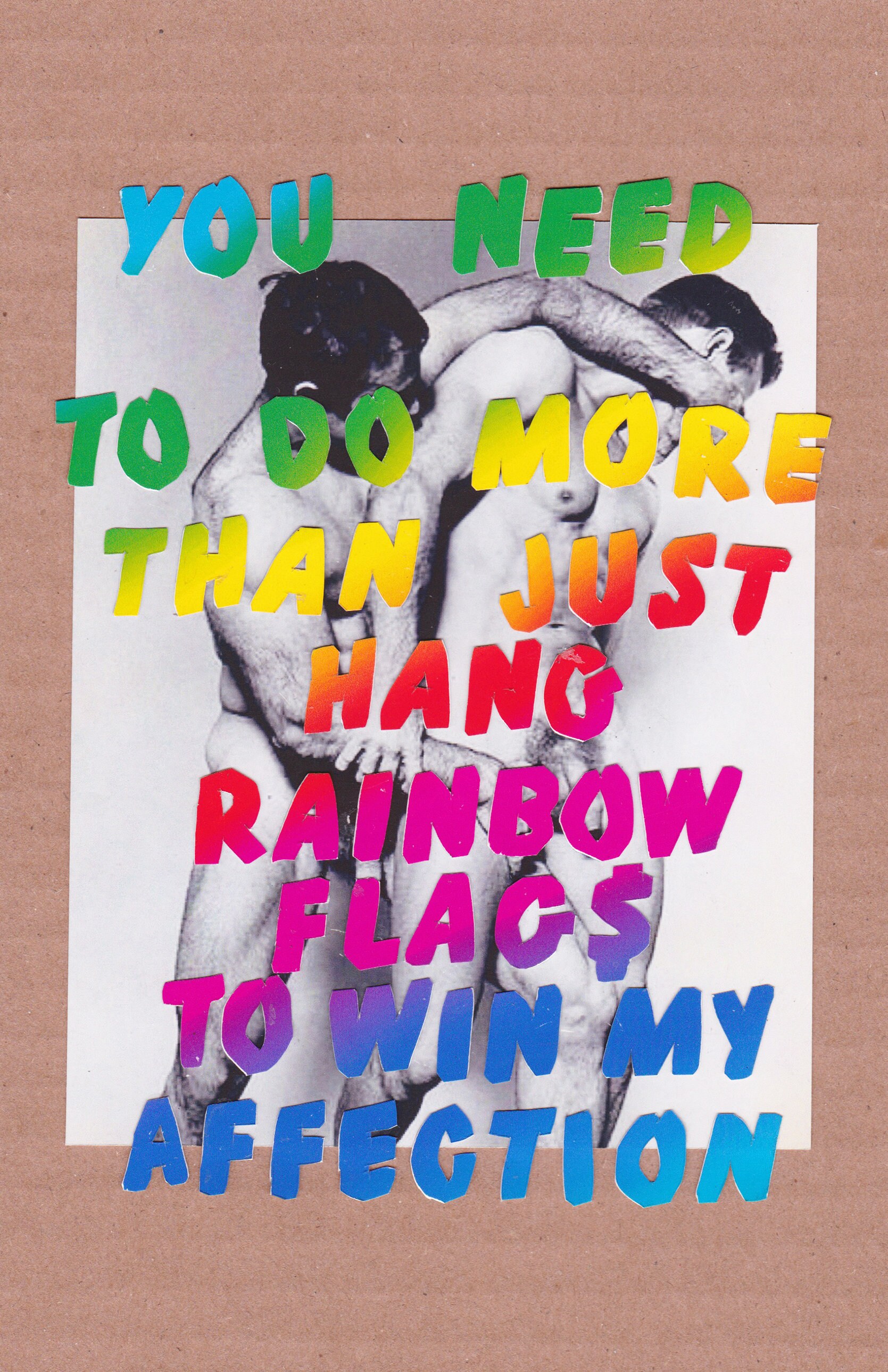 All profits will go to The Sylvia Rivera Law Project (www.srlp.org)

Twenty-five years ago a few pissed off queers made a small packet of protest flyers under the name Queer Action Figures. We handed them out during the Stonewall 25 march in New York City. Ever since then, then these flyers and images have kept showing up around the globe — in zines, in a book, a gay bar in Paris, a dorm room door, ...

This year, as we mark the 50th anniversary of the Stonewall Riots, Queer Action Figures has once again come together to re-release our work — and offer some new pieces.

Over the last 25 years, a lot has changed … and a lot has stayed the same. As you will see in this collection, several of our original pieces reference guns. Queer Action Figures debated including them, but after much discussion, we all agreed to feature our entire collection, even pieces we may have had a change of heart about. When we first put this collection together, it was six years before the Columbine Shooting and long before mass shootings would become a far too familiar feature in our culture. One of our first projects was dozens of cartoonishly large, pink foam core machine guns that we handed out at New York City’s first Drag March. The response was overwhelming. Those props and our other gun-related pieces were symbolic of our bold empowerment at a time when so many of our brothers and sisters were struck dead or dying. It was our message: Don’t fuck with us, or we’ll mow you down. We are in a very different time now. But we cannot ever forget our collective grief and pissed-off-ness — and how good it felt to fight back as a means of claiming our queer lives.

Today, we fully support our brothers and sisters in GAG Gays Against Guns) and look for a future where everyone can go to a club, a church, a movie, a concert, a 10th grade English class, and not live in fear of being yet another victim of gun violence.

As we remember 50 years since Stonewall, enjoy yourselves. Some rights have been won, and we still have members of our community suffering, notably Trans Women of Color. Be loud, be proud, and always remember that Stonewall was a riot.

To see the full project go to www.charliewelch.com/queer-action-figures/qaf-1-25

0 items in your cart